The snake-boats, it is said, have its origins in Alappuzha with a history of over 400 years when kings of erstwhile Chempakasseri (Ambalappuzha), Kayamkulam, Thekkumkoor (Changanassery), and Vadakkumkoor (Kottayam) fought battles on these boats in the backwaters of Kuttanad

Chundans or snake boats are some of the largest human powerd boats in the world. It can accomodate about 100 oarsmen who can produce 90 to 120strokes per minute, the 100 foot chundan can cover a distance of 1.4 kms in about 5 minutes.

The first design of a chundan was submitted by Kodupunna Venkitanarayanan Asari, because of the eel like structure these boats are called snake boats by foreigners.

Snake Boat race is stated to be the sport event having the highest number of members in a single team. Usually, a snake boat is manned by four helmsmen, 25 cheerers /singers and 100-125 oarsmen, who row in unison to the fast rhythm of `vanchipattu'or boatmen's song. 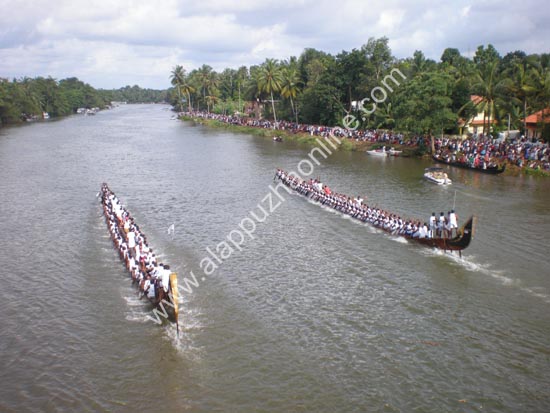 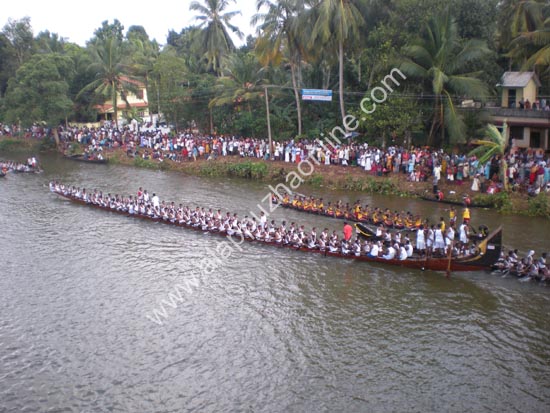 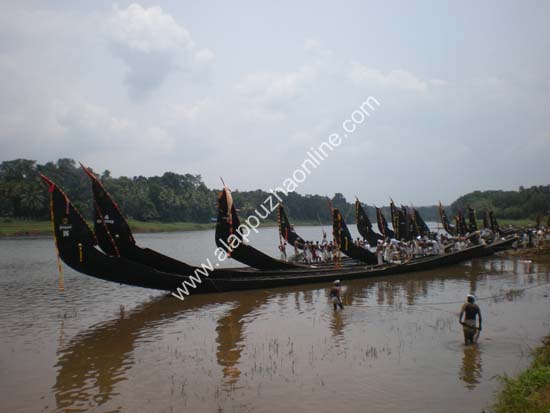