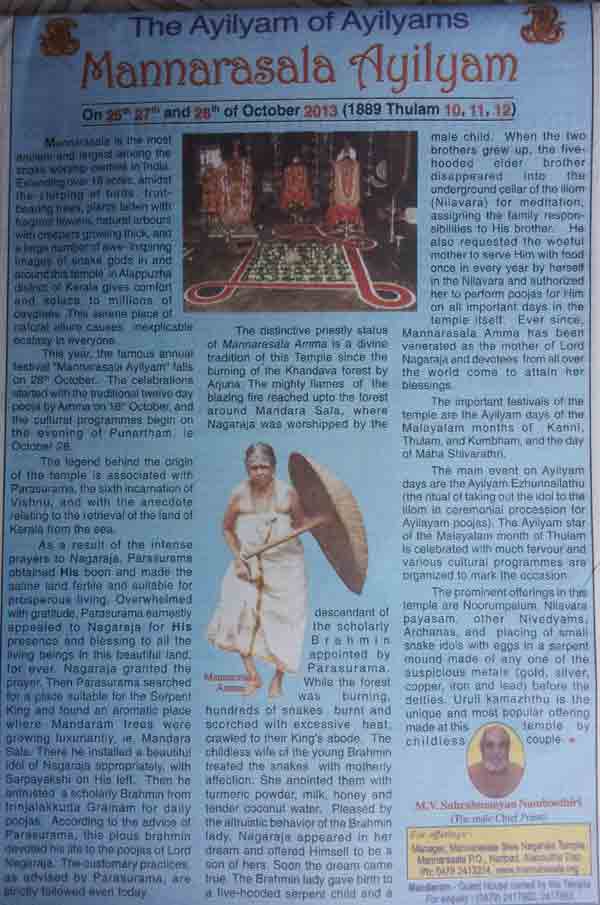 the story on the evolution of Mannarasala as the supreme place of worship of the serpent Gods is associated with Parasurama, the creator of Kerala. Traditionally, a Brahmin woman is the chief priestess of the temple.

Ayilyam festival on november 14th 2014 The Ayilyam ezhunnallathu (procession) was led by Uma Devi Antharjanam, the ‘Mannarasala Amma’, who carried the Nagaraja ‘thirumukham’ and ‘Nagaphanam’ from the temple to the Mannarasala illam. Thousands of devotees participated in the three-day-long Ayilyam Mahotsavam that came to an end on november 14th.. .